I’ve been wanting to write this post for a while, but i’ll be quite honest, it’s a bit scary. All my life I have been underweight, to the point that I  was often called anorexic by many people. I’ll never forget the time someone compared my prom picture to a photo of a skeleton. In all honesty, i’ve been blessed with very good genetics. Despite what many people have assumed, I have always eaten A LOT. I have been naturally very thin my whole life, with little effort to eat healthy and workout.

As my health problems progressed, starting my senior year of high school, I did make a conscious effort to eat extremely healthy and workout often. For those of you who don’t know, I have been living with severe clinical insomnia for a little over 3 years of my life now (see My Story). As a result, I have faced a variety of other health problems due to a damaged immune system from lack of sleep. When I went away to college, my insomnia got worse as I got more stressed. I went from being 100 pounds, to 90 pounds, within the span of about 4 months. I would sleep about 3-4 nights a week, and it was beginning to show. My life felt as though it was falling apart, and I was 2,000 miles away from my home and family. Nothing was making me sleep, including the holydrug of most insomniacs, ambien. I was struggling to keep my good grades, and some days was struggling to even get out of bed.

One of the things I was not prepared for when I my insomnia began out of nowhere, was the mental and physical toll it takes on your body. It’s an incredibly vicious cycle that I do not wish upon my worst enemy. When you don’t sleep for one night, you feel exhausted, and most of all anxious and emotional. I specifically remember a time I dropped my pen in class, and had to sneak out to the bathroom because I started balling my eyes out. The anxiety of how awful you will feel if you go another night without sleeping, causes you to not be able to sleep for a second night, and the next day you feel even worse. Studies show that 24 hours without sleep is the equivalent to having a BAC content of .08%, so by the second day without sleep, you are in an odd state of euphoria mixed with extreme exhaustion; tired, but wired is the best way to describe it. The third day, you become extremely depressed, desperate, and everything seems to make you cry. I really don’t even know how to put into words the hardship of living with this condition brings at times.

I finally reached a breaking point when I started balling my eyes out in my school counselors office, and though 2 psychiatrists had previously failed me before, began looking for ANYONE who could prescribe me something to sleep. At that point in time, I would have happily agreed to being in an induced coma if I could have gotten some quality sleep. My immune system wasn’t functioning at all, and I was basically sick 24/7, all the while getting to an unhealthy level of thin. I called every psychiatrist my insurance covered in the area, and no one could see me for weeks. Finally, after literally BEGGING a receptionist, one agreed to see me the next day.

I was prescribed a high dose of a medication called Remeron. While it’s primary use was for depression and anxiety, one of the side effects was extreme drowsiness. It put me to sleep the way no other medication ever had. I woke up feeling refreshed and not drowsy, and when I woke up early in the morning, I could fall back asleep for the first time in a year. My quality of life improved by a million, and I was finally beginning to feel normal.

Except for one side effect.

Remeron was also used commonly to treat eating disorders, most often anorexia. This is because it makes you unspeakably, ravenously- I have been in the desert with no food and water for a year- HUNGRY. All. The. Time. And not only does it make you hungry, it changes the way your body processes carbs, making you gain A LOT of weight. Initially, this was great! I was about 90 pounds, and needed to gain a healthy amount of weight; and I did. Within 4 months, I was the healthiest I had ever looked. I finally had some curves where I have always been lacking, but was still thin enough to land myself a modelling contract.

When I went home for Summer, everyone commented on how great I looked. I was feeling and looking like a million dollars. This quickly changed when I went back to school though. The thing about weight gain, is it is very difficult to notice when it happens over an extended period of time. I noticed little things, like not being able to fit into my favorite pair of denim shorts anymore. I saw that I all of a sudden, I didn’t have a 6 pack anymore. To be honest, to me it was a fair trade. Nothing besides Remeron could make me sleep, and I would have much rather been happy than look super thin. But I continued to gain weight, and when my mom came to visit me in Hawaii, she didn’t recognise me at first at the airport. I was by no means fat, but I had gone from about 105 pounds to 135 pounds in a matter of months, and it wasn’t just a normal weight gain; it noticeably looked as though my body was retaining water from the medications I was taking to sleep. My face looked bloated, my clothes didn’t fit, and for the first time in my life, I began to feel very self conscious about being overweight. I had been extremely skinny my entire life, and even though I wasn’t big, I didn’t feel like myself.

I began to change my whole diet and work out every day, and the weight just wouldn’t come off. This again, is one of the side effects of taking medications. I talked to my doctor, and he tried prescribing me medications that did not cause such a drastic weight gain. Some would work occasionally, but none as well as Remeron.

I felt like I wasn’t being cast for modelling jobs because of my weight, and I began to become very self conscious of posting photos of myself from shoots. I began to cancel on photographers, and turn down castings because I felt like I was no longer a standard of beauty that the world accepted. Eventually, through cutting my dose drastically, and my sleep as a result, I did manage to lose around 8 pounds, but have still been struggling to get back to what I feel is my healthy weight, and what I feel best at.

I was debating writing this post for a couple of reasons. One being that I didn’t want to complain about my weight, when in reality, it really wasn’t that bad. It just wasn’t what I was used to, nor what I felt was healthy. Two, being that I am still incredibly self conscious about how I look. This isn’t a story of overcoming something difficult. This isn’t a story about accepting myself, loving myself, or overcoming self esteem issues. Instead, this is me being real and honest. Sharing a part of my life that I do not let many people into. I have been incredibly vocal in the past about the false sense of reality that social media can often create, and I want to try and do my best to be the change that I wish to see.

I’m not entirely sure that any of you really pay that much thought into my Instagram, but if any of you do, you may have noticed I haven’t really been posting as much, and I certainly haven’t been posting photos of myself as much; and this is the reason why. All day, I look at perfect girls on Instagram. Girls who don’t have fat rolls on their stomach. Girls who don’t have any acne. Or don’t have stretch marks. Each day, I scroll through a feed of picturesque women who seem to be real life barbies. 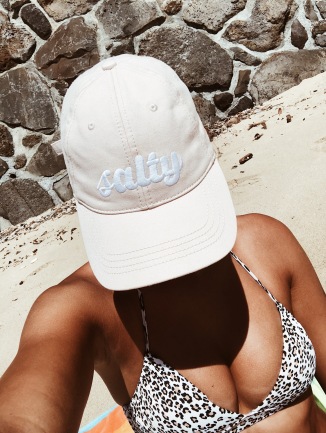 I want to proudly say, I am not one of those girls. I am real, and I am human. I have insecurities like everyone else. The pictures I do post of myself are the ones I look best in. I’m not trying to be a catfish, but I post what makes me feel good! Despite how I feel about the way I look right now, I have never, and will never edit my body. And if you do, quite frankly that is your business, not mine.

Overall, Instagram is a highlight reel of our lives. We post the best moments, and pictures of ourselves where lighting, angles, filters, and more play a key role in what we let the world see. I don’t think any Instagram model truly looks how they post on their page, and there are quite a few real-life photos of them that have been captured to prove that. No one is perfect, despite how social media oftentimes makes us feel. Take each photo you see with a grain of salt, and know that everyone is fighting their own battles. Sometimes the people that seem the most confident, myself included, are the most self conscious.

I am still learning to love myself, and accept that I may never be 100 pounds again, but as long as I am healthy and happy, that is OK. I am terrified to post this, but I think that it’s the right thing to do if I want to cultivate a social media platform that is based on genuineness, rather than the fakeness so many people portray online. This is me, and I may not have a 6 pack anymore, but hey, I’m happy. 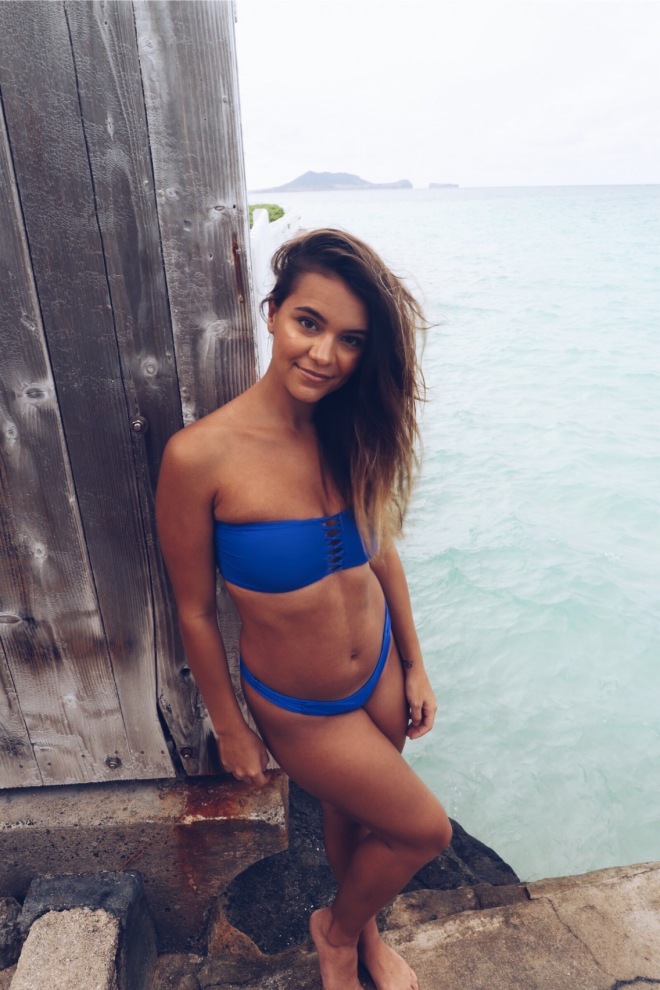 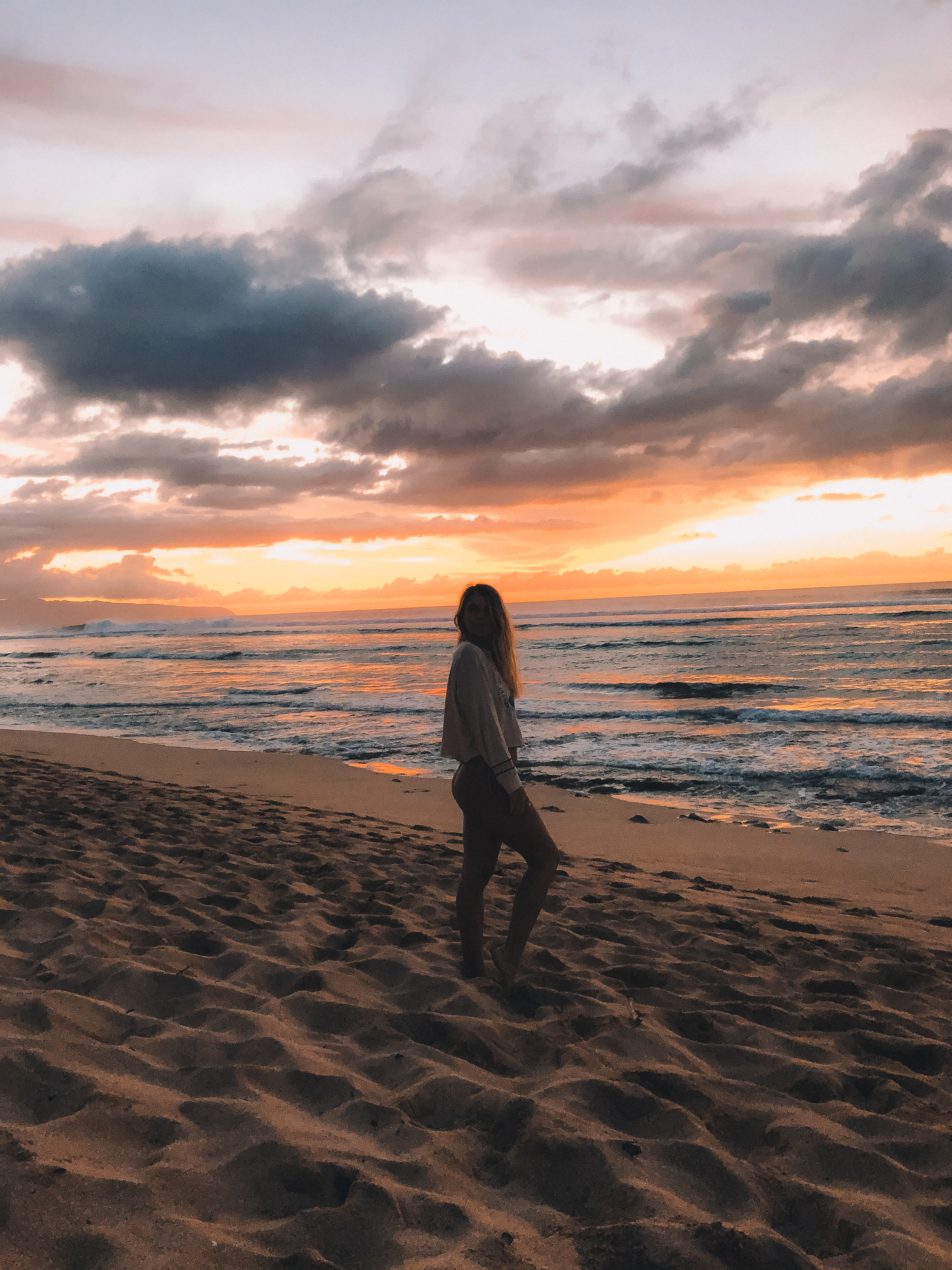